Improvements to a popular navigation-side footpath

The canal trustees have joined forces with the Ramblers Association to clear and improve a picturesque walk in the trail from Driffield to Wansford. As landowners of the path between Whinhill and Wansford, the trust gave the ramblers permission to clear vegetation and other obstacles from the walk.

The work was carried out by the Beverley Group of East Yorkshire & Derwent Ramblers Path Minders team, who were concerned about the state of the path. DNT chairman John Scholey also cut the road-side bank top with his flail mower, and some levelling of that section of the walk was undertaken by the trust.

Joe Neal, from the ramblers, who was involved in the project, said: "We were joined by a team from Pocklington Ramblers to do all the cutting back in February. We would like to return to shore up the path where it is sliding down towards the canal in places, and put in a hand rail." Mr Neal said they wanted to thank John and the canal trustees for the work they were putting in to help restore and improve the path. "Everyone can now enjoy this lovely path from Whinhill to Wansford, and we are grateful to the DNT for their support for this ongoing project which will be appreciated by many" he added.

David Taylor, from the DNT, said they were delighted that the canal-side path had been improved, and the project showed what could be achieved by working in partnership with other organisations. "The trustees want to develop and improve Driffield Canal for all countryside recreational pursuits, including walking, and fully support the ramblers hopes and inspirations for our picturesque waterway," he said.

Here are typical roadside sections, One before the clean-up and the other after. 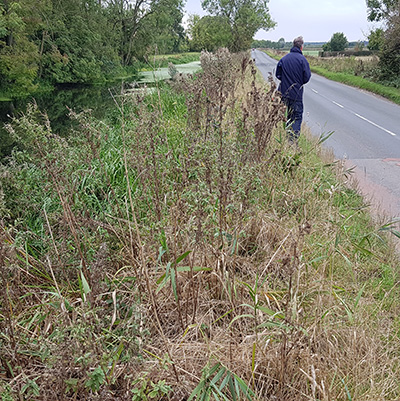 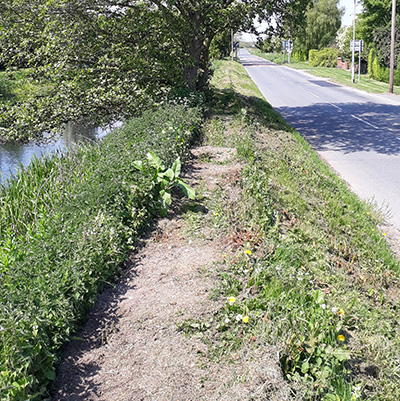 here are typical woodland sections, one before the clean-up and one 4 months after. 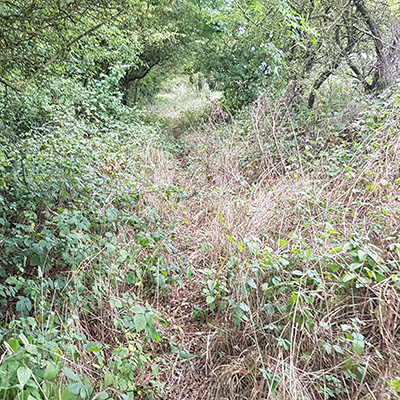 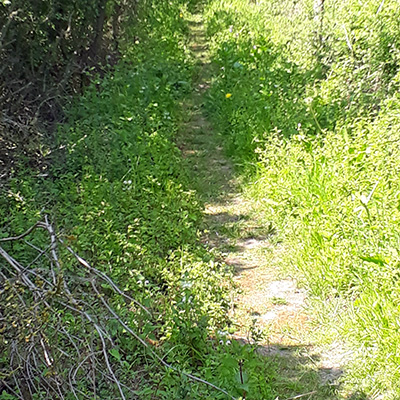 Some of the team that did all the good work - thank you! 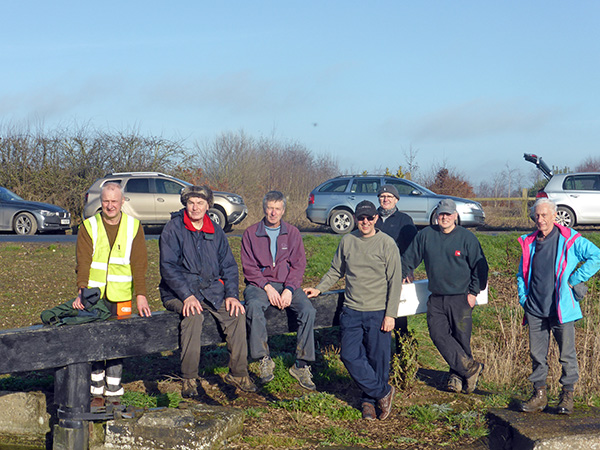 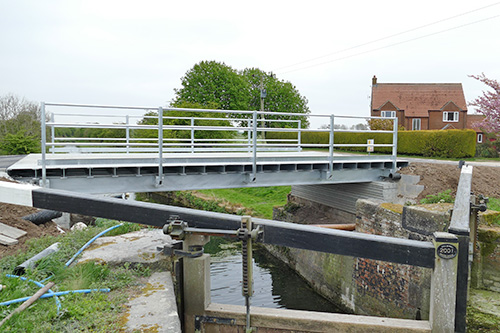 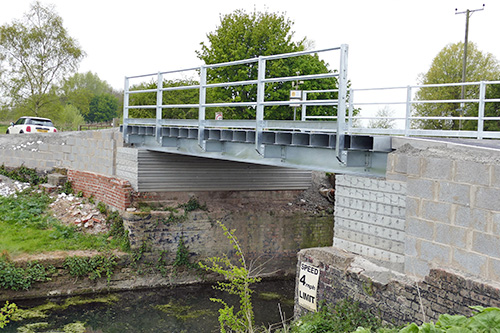 Driffield Navigation Trust has been praised for taking swift action to replace Snakeholme Lock Bridge which was found to be badly corroded and in danger of collapsing. The trust was carrying out repairs when it became obvious that the bridge was in a dangerous derelict condition and needed replacing as a matter of urgency. Experts advised that the old accommodation bridge could collapse at any time, putting regular users and their vehicles at serious risk, and must be immediately replaced. The trust is charged under Acts of Parliament to maintain locks and bridges on the navigation, so it took swift action and ordered a new bridge to be built.

Phil Morley, manager of Wansford Trout Farm at Snakeholme, said the trust had done a brilliant job and certainly prevented an accident from happening. He said: "I was helping to remove old wooden sleepers from the bridge deck for the repairs when the badly rusted and corroded steelwork was discovered. It was left in the hands of Driffield Navigation Trust to replace the bridge as a matter of urgency because it was in such dangerous condition."

Not only has the new bridge improved safety for users, but has increased air draft to 10ft 4ins to allow bigger boats through to the Trout Inn at Wansford. John Scholey, trust chairman, said: "With the recent improvements to Whinhill Bridge and the latest work at Snakeholme, the trust has now replaced or refurbished all bridges and locks on the canal at a cost in excess of £500,000. "Now the only obstruction to navigation on the canal is the fixed Wansford Bridge, so we are appealing to East Riding Council, and the politicians, to help us replace it with an opening structure."

The trust is grateful to Dan Taylor Engineering, of Driffield, for building the new bridge at short notice, and Ashcourt Construction for carrying out all the other work at Snakeholme.

The New Bridge at Whinhill

This new bridge at Whinhill allows far more 'air draft' than the old bridge did, and therefore facilitates the passage of taller vessels. 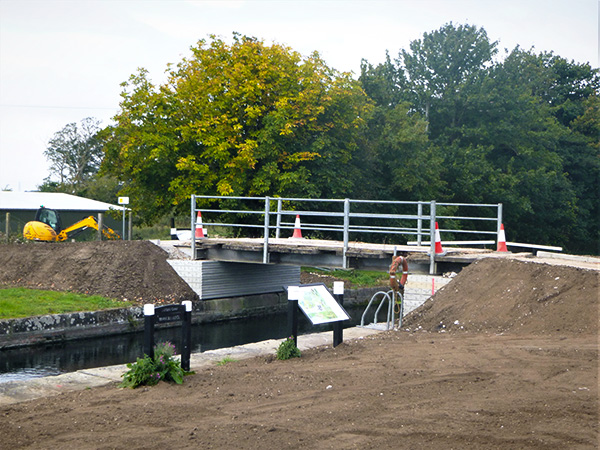